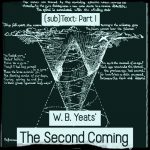 In 1919, the world seemed to have descended into anarchy. World War I had killed millions and profoundly altered the international order. Four empires, along with their aristocracies, had disintegrated. Russia was in a state of civil war, and Ireland was on the verge of its own. It’s these events that helped inspire William Butler Yeats’ poem “The Second Coming,” which famously tells us that “things fall apart,” that “the center cannot hold,” and that a new historical epoch is upon us. Just what rough beast is it that slouches, as Yeats has it, toward Bethlehem? 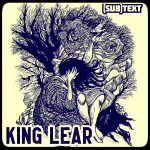 Do we owe parents our gratitude for our upbringing? What if they haven’t done such a great job? And anyway, perhaps we inevitably resent all the forces that have shaped the characters that confine and limit us. If so, the quest for filial gratitude is ultimately hopeless. It could even be a kind of madness: a foolish attempt to transcend the same formative forces that we resent in our parents, to be “unaccommodated,” free of the “plague of custom.” Wes and Erin discuss William Shakespeare’s “King Lear.” 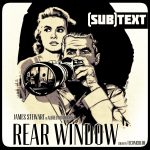 L.B. Jefferies has the perfect girlfriend—beautiful, intelligent, wealthy—but too perfect, he insists, for marriage. And so he spends his time spying on the love lives of his neighbors, and ropes his girlfriend into this project as well. Which, strangely enough, turns out to be a really effective form of couples’ therapy. What’s the connection between voyeurism and what Jefferies calls “the intelligent way to approach marriage”? Wes and Erin discuss Alfred Hitchcock’s 1954 film “Rear Window.” 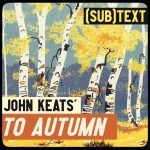 In this third and final installment of our series on Keats’s odes, we’re looking at “To Autumn,” the poet’s last major work before his death at the age of 25. Keats’s elegiac meditation on the season also serves as a metaphor for his favorite subject matter, artistic creation itself. What parallels does Keats find between art-making and the bounty, harvest, and barrenness of autumn? And what can the poem teach us about loss and our own mortality? Wes and Erin discuss these questions and more. 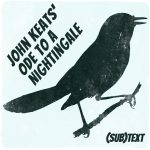 Second in our series on the odes of John Keats is “Ode to a Nightingale,” in which Keats imagines a journey into the realm of negative capability, a concept introduced in our previous episode on “Ode to a Grecian Urn.” Keats hears a nightingale’s song and it inspires him to ponder such questions as, what makes an ideal artist? How might we access the world of artistic creation? How does art unite humanity across the ages? Wes and Erin discuss whether artists, however inspired, can escape the anxieties of a potential audience. 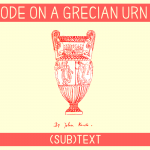 The poet John Keats is famous for the concept of “negative capability,” his description of the ability to tolerate the world’s uncertainty without resorting to easy answers. Literary minds in particular should be more attuned to beauty than facts and reason. In fact, truth in the highest sense is the same thing as beauty, he tells us at the end of his poem “Ode on a Grecian Urn.” What does that mean? Is it true? Wes and Erin discuss these questions, and how aesthetic judgments might communicate a kind of truth that is not strictly factual. 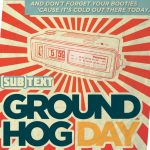 When egotistical weatherman Phil Connors gets trapped in a time loop in Punxsutawney, Pennsylvania, he gets drunk, steals money, manipulates women, binges on breakfast food, plays God… and finally grows up. The story charts Phil’s development over the course of thousands of repeated February 2nds. Along the way, it raises questions about our own capacity for growth. How do we go about improving ourselves? How can we escape boredom? Achieve fulfillment? Wes and Erin discuss the 1993 film “Groundhog Day.” 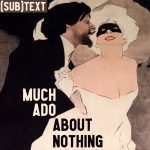 At the center of every courting ritual, there’s a great unknown. How do we know when we’ve met someone we can love? How do we know the other person is actually who they seem to be? In the beginning, all we have to go on is surface appearances, which amount to a kind of hearsay. The question is how to get beyond them. Wes and Erin discuss Shakespeare’s “Much Ado About Nothing,” which seems to suggest that witty banter is more than just good fun, and has an important role to play in getting to know others. 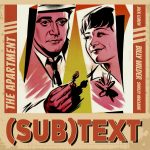 You know, it’s that old story of boy meets girl … girl is dating boy’s married boss … girl tries to commit suicide … boy saves girl’s life …. Okay, that sounds pretty dark. But somehow it’s the basis for a classic romantic comedy, Billy Wilder’s 1960 film, “The Apartment.” The film raises the question of how we distinguish authentic relationships from relationships of utility and convenience. What cultivates human intimacy? What compromises it? When are we just using people? Wes and Erin discuss. 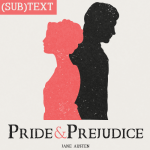